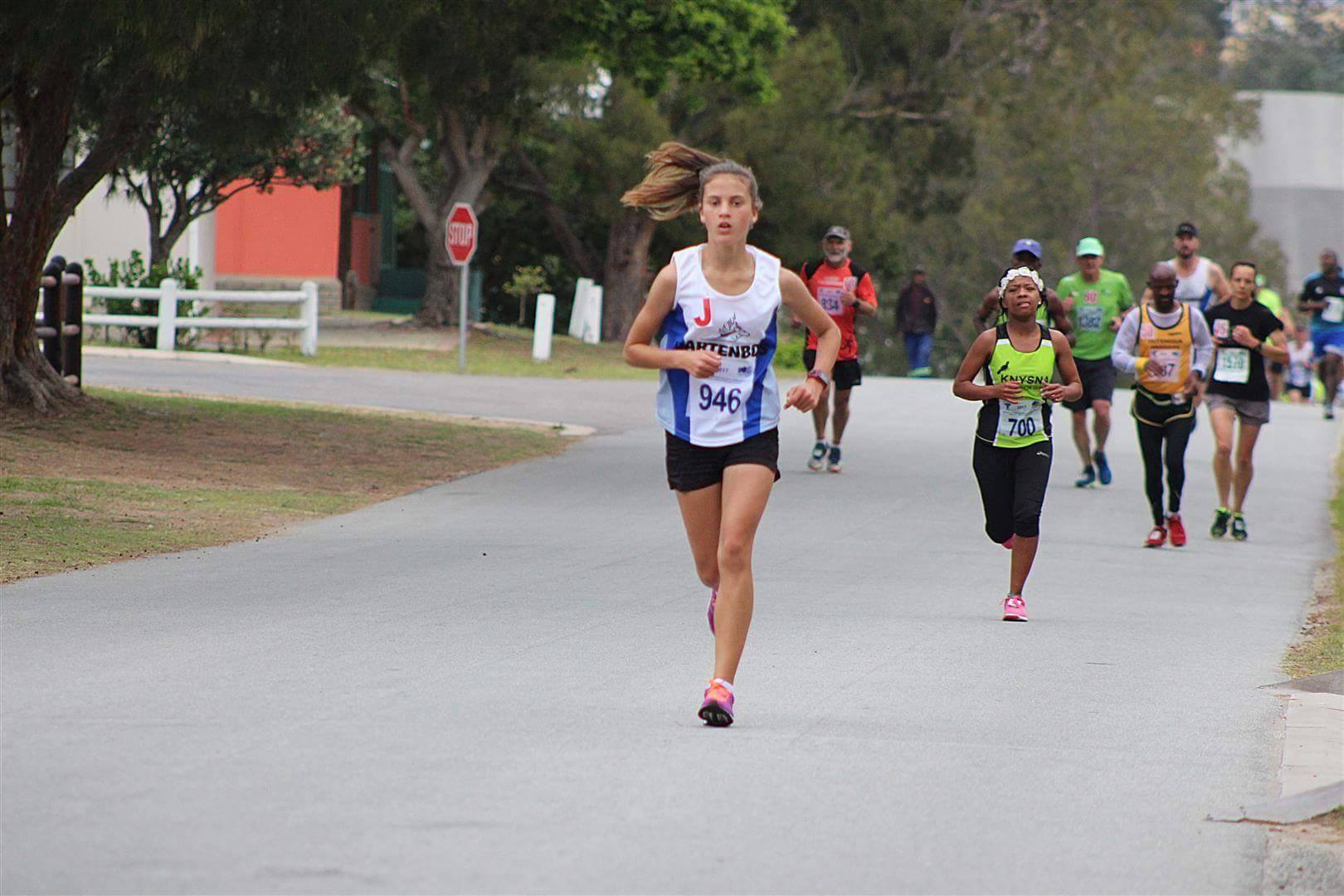 She started athletics in 2015 when she was 13 years old at Andalusia primary school in Jankemp dorp in the Northern Cape. Elné’s talent was first spotted by her first coach Marius Du Randt, who immediately identified her as a middle distance runner. After only 3 months of training with Mr. Du Randt she was selected for the Northern Cape Primary schools team to attend the SA Schools championships in Germiston. She was also selected for the Northern Cape Cross Country team to take part at the ASA Cross country championship in Middelburg.